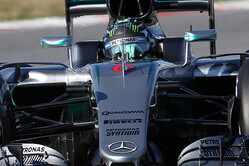 It was the gearbox issue in the closing laps of the British Grand Prix that put radio communications back in the spotlight, forcing the FIA to revise the rules just one race later.

Having already lost second-place at Silverstone, following his time penalty which was the result of breaking the radio communications rules, there were fears that Rosberg would face further problems this weekend, a grid penalty following an unscheduled gearbox change.

However, initial investigations of the unit, supervised by the FIA, have revealed that the unit is not damaged and therefore shouldn't need replacing.

However, the team won't be able to fully relax until the German takes to the track tomorrow, in the meantime a spokesman for the Brackley-based outfit says the team is "optimistic" that all is well.