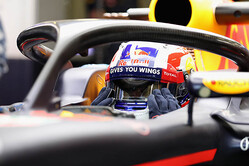 Red Bull, which has been developing its own Aeroscreen safety device in anticipation of the FIA introducing mandatory driver cockpit protection, has trialled the alternative Halo device at Silverstone this morning.

Gasly completed two laps with the Halo device fitted to the car at the beginning of this morning's session, the first time anyone, other than Ferrari has run with the device attached. 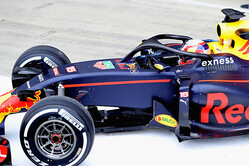 With the FIA admitting that it prefers the Halo, though still to decide if it will be introduced in 2017 or not, Red Bull has put development of the Aeroscreen on hold admitting that it has better use for its resources.

The Silverstone test, which sees all the teams bar Sauber in action, is also being used by Pirelli to test 2017 tyres, in terms of construction and compound, but in current 2016 dimensions.

Pascal Wehrlein is performing duties for the Italian manufacturer in a 2014 Mercedes W05.