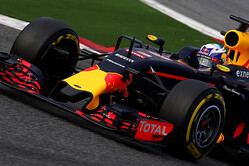 A week after the Spanish Grand Prix, Daniel Ricciardo admits to still feeling "disappointed" and "frustrated" by losing out on what he feels was an almost certain victory.

The race leader in the wake of the Mercedes clash, despite subsequently losing the lead to his teammate, Max Verstappen, was convinced that he would end the day on the top step of the podium.

However, reacting to Ferrari's three-stop strategy with Sebastian Vetel, Red Bull opted to switch the Australian from his two stop strategy to a three stopper also. However, it was the two stop strategy used by teammate Verstappen that was to prove the quicker, allowing the youngster to take a historic maiden win.

Unable to pass Vettel in the closing stages of the race, Ricciardo was further hampered by a late puncture which necessitated another stop, though he was able to do this without losing fourth place.

A week later, and the popular Australian is still finding it hard to come to terms with the disappointment.

"I think the outcome of the race was frustrating," he admitted. "Is it easy to move on? I wouldn't say easy. Can you move on? Absolutely.

"But I think it is more probably, as well, the last three races haven't..." he breaks off. "I feel, the end result hasn't been what we deserved. I think there has been always been something to have and be available to me. Now it is like, ‘come on', At the same time, it is racing and that is part of it.

"It is a tough one," he continued. "Part of me is happy that the team is winning again and I think part of me is happy that everyone's super motivated and confidence is high. So that is a positive: and that I am trying to draw myself to. From a personal side, it is massively frustrating. It is a tough one. Sure it is a team sport, but you are doing it for yourself as well and it is as individual as it is team. That balance is a tricky one to try to manage. From a personal side, it is still hard one to take."

Regarding his new teammate, he said: "Max is a serious F1 driver and that is actually really good for me. It is a good motivation and I said when I joined Red Bull, I came against Seb and I wanted to come against the best and challenge myself. And now Max is the newest challenge for me. He is a big one.

"I think in a way it is good that he is having this success. If I can get on top of that then it is only good for me and probably for both of our careers."