Vijay, six points from three races – how is the feeling in the team ahead of the next race in Russia?
Vijay Mallya: "In all honesty we expected more from the start of the season, but for various reasons the cards have not fallen for us. It's worth making a comparison with 2015 because after three races last year we were in a similar position with seven points - one point more than we have this year - and that turned out to be our most successful season ever. With eighteen races to go there is a long season ahead and we have plenty of opportunities to turn around our fortunes."

Where is the team focussing its energies?
VM: "There is no doubt that we have an inherently quick car. We've always qualified inside the top ten and Checo lined up seventh on the grid in China. In the race we fell a bit short, so that is one area where we can improve. We are also working hard to bring an upgrade package to Barcelona: it's an aero step and further suspension evolutions, which will bring some performance gains."

What are the team's expectations from this weekend in Russia?
VM: "The objective is to be inside the top ten in qualifying and the race. That's a realistic goal and we will be disappointed if we don't come away with some points. We demonstrated last year that we can be competitive in Sochi and it's also the 100th race weekend for Nico and Checo, so we want to celebrate the occasion with a special result."

Nico Hulkenberg: "I can't believe this weekend is going to be my 100th race weekend in Formula One. Where has the time gone? It's a nice achievement and hopefully I can get a result to make it a weekend to remember.

"The goal is to get some more points on the board in Russia. The last two races have been frustrating for different reasons and I don't think we've shown our full potential yet. In China I really struggled with tyre degradation, but I don't think that will be such an issue at Sochi because it's a much smoother surface.

"The track in Sochi is an interesting one. It's a huge site because it's the Olympic Park and the track has a nice flow. The lap is quite long, with lots of similar right-angled corners so that makes it a bit easier to find a set-up that works. It's a big power track with long straights and some big stops, which makes it quite demanding on the brakes." 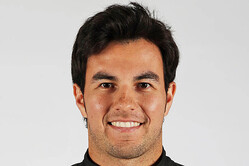 Sergio Perez: "Going back to Sochi brings back happy memories from our podium last year. I really like the track and they did a good job with the layout. I think every driver enjoys turn three because it's an unusual corner with high energies and a long duration. You can take it flat, but it's the one corner on the track which really takes the life from your tyres.

"The DRS effect in Russia is quite big, but it's still difficult to overtake there. The layout is quite similar to Abu Dhabi and Singapore because of the number of low-speed and medium-speed corners, and it reminds me of a street circuit.

"I think we can be competitive this weekend. We didn't get things right in China and just missed out on points, so we need to concentrate on improving our race pace. It's often those difficult weekends where you learn the most and see where you can improve, so I'm confident we can be in better shape this weekend."