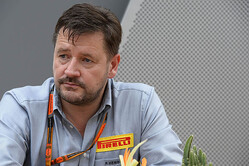 Pirelli has said it will quit F1 unless tyre testing plans for 2017 are agreed today.

While the Italian tyre manufacturer announced last year that it had agreed a new contract from 2017 – 2019, this has yet to be ratified by the FIA.

With a raft of new rules coming next season, which will see faster cornering speeds, heavier loads and wider tyres, Pirelli has for some time been warning that this will require significant changes which will, in turn, need serious testing.

However, with the FIA seemingly stalling on ratifying the contract and agreeing to an acceptable test schedule, Pirelli admits it has had enough.

Following a letter to the FIA earlier this month warning that if the (2017) test programme was not agreed immediately it would withdraw its tender application, over the weekend it was agreed that as many as five teams will take part in a test programme that will cover 25 days of testing from July.

The agreement has now gone to the F1 Commission, which has been given today as the deadline.

"When I land, if I don't have an email confirming it's approved, or something else positive, then you will be calling me for a different story," Pirelli Motorsport boss Paul Hembery told Motosport.com.

"This is it," he warned. "We cannot do our job without this. We cannot deliver. We are being asked to make very significant changes, by changing the driveability of the tyres. Plus the thermal challenge that we have been given from the outset is now changing, so we now have to give tyres that will have less degradation and less wear. And they have to be tyres that the drivers will have a wider window of opportunity to push on. So it is a big change, and big performance improvements, so time is running out. We are in mid-April."

Asked what might be the scenario should the deadline not be met, Hembery replied: "As I said, you will be calling me for a different story. Someone else can have that challenge then. There are plenty of other things to do in life.

"There are big changes happening," he added. "We are being asked to make big changes, the drivers are asking for change and yet we are being left without the tools to do it. People can argue we don't need to test, but we do.

"The solution we have is a good one, but the time taken to get there has been too long."