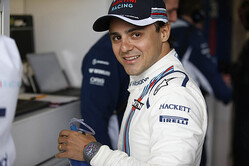 Bahrain led Formula One's expansion into the Middle East in 2004 and will this year hold its 12th Grand Prix and its third as a night race. No longer one of the calendar's new additions, the Bahrain International Circuit has proved one of the more popular modern-era races and hosts one of the most entertaining Grands Prix of the year. The temperatures, dust and sand around the 5.4km layout present teams with a unique mechanical challenge in which to operate Formula One cars at peak performance.

Felipe Massa: Bahrain is definitely a place I really enjoy racing. I've won twice there and I've had many other good results. I always enjoy going there, including many times for testing. I like the people as well as the place in general and I look forward to having a good race there. It's the second race of the season now and I really hope we can have another fantastic result in a place I enjoy.

Valtteri Bottas: The Bahrain evening race is a really nice one. I prefer it much more as an evening race. The track looks good and is just as nice to drive. It's a good track for racing and I got a decent result last year. It's quite a different kind of track to Melbourne, so it's going to be interesting to see where we are compared to the others; because it's more like a standard race track rather than the Melbourne street circuit. It will still only be the second race of the season, so I'm looking forward to it.

Pat Symonds: The Bahrain International Circuit is quite tough in all respects. It's important to have good high-speed balance in the car and look after the rear tyres in particular. We will see much hotter conditions, and there is always a concern over wind and sand, which was a real factor in the early part of the weekend last year. Following the cooler Australian conditions, we will now see how our cooling systems stand up in the heat and what impact opening up these systems has on aerodynamic performance. The tyre choice shows a bit of variation as well with Ferrari and ourselves appearing to be going down a different route to Mercedes, so it will be interesting to see how that plays out over the weekend.