Hill: Williams should switch to Honda 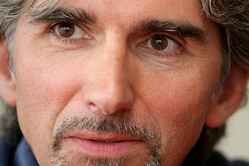 Looking back on the disaster that was 2015 for McLaren-Honda, it's hard to believe that anyone would suggest considering switching to the Japanese power plants.

However, when Damon Hill opines that Williams, which finished third in the constructors' standings for the second successive season, having finished as low as ninth in two of the previous three years, one has to wonder whether he over-indulged at Christmas or knows something the rest of us don't.

"I think as a team wanting to win the outright championship strategically they would be better off with another engine and I think the only other engine you can think of is a Honda.

"I would have liked to have seen Williams opt to go with the Honda engine," he added, "I think Honda are going to fight back. They had an absolutely catastrophic year last year, but they learnt a lot.

"I could be wrong, but if they make the sort of impression they should do, then for Williams to get ahead of Ferrari and Mercedes they are going to have to have a different engine to the Mercedes team."

Of course, ignoring the fact that it would take an effort of almost superhuman proportions for Honda to have an engine capable of challenging Mercedes this year, or even next, there is the little matter of McLaren's veto over possible customers for its engine partner.

Alongside changes to the technical department, a strong driver pairing and decent sponsorship, the move to Mercedes has been the making of Williams, a change of engine partner would appear to be a step in the wrong direction, especially one which has so much catching up to do.