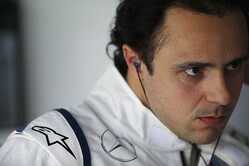 Felipe Massa has been excluded from the results of today's Brazilian GP following a tyre temperature infringement.

When checked on the grid before the start of the race, in compliance with the FIA Technical Directive TD/029-15, the tyre tread was allegedly 27 degrees C above the maximum temperature allowed by Pirelli.

Ruling that Williams did not comply with the Technical & Sporting Regulations, the FIA’s International Sporting Code and the instructions of the Pirelli in the event preview, the Brazilian, who finished eighth on the road, was excluded from the results.

Williams has served notice that it will appeal.