Reprimands for Kvyat and Grosjean 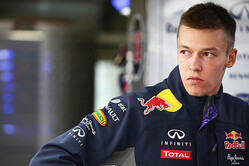 Daniil Kvyat and Romain Grosjean have both been handed reprimands for incidents during today's second session.

The Frenchman was hauled before the stewards after an incident at the final chicane which saw Nico Hulkenberg have to run wide in order to avoid the extremely slow Lotus.

While both drivers were investigated, the stewards ultimately decided that Grosjean "slowed significantly on the approach to turn 18" and did not pay attention to the rapid approach of Hulkenberg from behind, a breach of Article 23.12 (a) of the Sporting Regulations.

The Frenchman was reprimanded, his first of the season.

As for Kvyat, the Russian was in hot water for a clearly unsafe release from his garage, the Red Bull almost T-boned by Felipe Nasr as he headed down the pitlane.

"Car 26 (Kvyat) was released as car 12 (Nasr) was approaching," deemed the stewards, another breach of Breach of Article 23.12 (a). “In addition the driver did not pay sufficient attention."

Consequently Kvyat received his second reprimand of the season and his team was fined 10,000 euros.

Newly retained Kimi Raikkonen was also up before the stewards, the Finn costing his team 400 euros for speeding (83.5 km/h) in the pitlane.

Max Verstappen also faces a grid penalty, his team having opted to change the engine in his car.

"It's a pity, being this his home Grand Prix," said chief race engineer, Phil Charles, "but this is racing and we're looking forward to the challenge!"