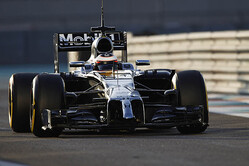 A loophole in the 2015 engine homologations regulations looks likely to hurt Honda as it returns to F1.

The new rules introduced in 2014, along with the new engine formula, decreed that the engines with which the teams would be racing last year had to be homologated by February 28, and that no development would be permitted beyond that point.

However, under pressure from Ferrari and Renault, both keen to close the gap to Mercedes, the FIA has admitted that a loophole exists whereby there is no February deadline this season.

Consequently, the engine manufacturers now have the freedom to carry out performance developments into 2015 providing they do not exceed the 32 areas of development (each known as a token) outlined in the regulations and do not exceed the four power unit limit per car.

However, Honda is regarded as a new manufacturer and must have its power unit homologated by February 28, as noted by Charlie Whiting in a letter sent to all the teams.

The developments cannot continue all season, indeed, as in 2014, there will be a cut-off period which has yet to be agreed, some suggesting that this could be the Spanish Grand Prix in early May. This could well see teams using 2014 units during the opening stage of the season and introduce their developed 2015 units once the European season gets underway.

While the move will afford Renault and Ferrari the opportunity to try to close the gap to Mercedes, the German manufacturer is hardly likely to sit still and consequently, ahead of the relative development free-for-all in 2016, looks to continue its domination this year.

When contacted for comment by Pitpass, a McLaren spokesman replied: “McLaren-Honda has already been in contact with the FIA with regard to this issue, but we do not wish to say anything further at this time."