What is going on at McLaren? 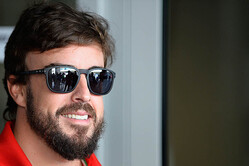 Even before Matt Bishop was recruited by McLaren as Head of Communications and Public Relations in 2008 - having been lured from F1 Racing, the magazine he is rightly credited as having built into a world leader - the Woking team had a certain reputation for being no slouch when it came to acting on negative PR.

Under 'The Bish' however, no sooner has an 'errant' article appeared than the email or text arrives, or, in extreme cases, the phone will ring... loudly.

Consequently one has to wonder what on earth is happening at Woking at present. As the team finds itself in the midst of a media s**t-storm, accused of "dithering" and being "disrespectful" to a popular British driver (a world champion no less), the silence is deafening. If he had any hair, poor Matt would have torn it out by now… several times over.

With the team said to be welcoming (back) one of the best drivers to have graced the sport and on the verge of re-establishing one of the most successful constructor-engine manufacturer partnerships, it should be proudly beating its chest, its rivals should be quaking in their boots, yet instead it is pretty much becoming a laughing stock.

At Ferrari, Sebastian Vettel has not only been welcomed to the bosom of the team, he has spent a day in the simulator and another on track, all caught on camera, his tentative opening laps at Fiorano on video. Meanwhile, at Woking, where we are told Fernando Alonso is preparing for the second coming, not a peep.

All of which makes you wonder whether the "dithering" over Jenson and Kevin - or do we include Stoffel following Ron Dennis' cryptic remarks in Abu Dhabi - is part of a more complicated situation.

Never mind announcing who will partner the Spaniard, when, precisely, is the Woking team going to officially confirm (or deny) the return of Alonso?

The last time the Woking outfit dithered so publicly was in 1995, it was early January before Nigel Mansell - another popular Briton, another world champion - was confirmed, even though it was a marriage that didn't last. A year earlier, Martin Brundle wasn't confirmed as Mike Hakkinen's teammate until just over a week before the season opener in Brazil.

Under pressure from fans and the media McLaren announced in the build up to the season finale that any announcement regarding its 2015 line-up was to be deferred until "no earlier than Monday December 1st".

Of course, giving a date was an unwise move as most, especially in this age of instant reportage, were therefore expecting the line-up finalised by December 2nd, at the latest. Instead after two "board meetings" we are none the wiser, and the team, under increasing pressure, having to resort to tweeting a somewhat pathetic: "Guys, we hear your feedback and will bring you news of our driver line-up as soon as a decision has been made".

It's fair to say that the post-season test, despite the spin from Eric Boullier, was a disaster, sending rivals into the winter chuckling as opposed to quaking in their boots. Though Honda will be working flat-out to rectify its obvious problems one has to wonder how this went down with Mr Alonso, a man who has already endured more than his fair share of frustration at Ferrari. Could the two-time world champion have thrown a spanner in the works by announcing (quietly) that he prefers to take some time out whilst Honda gets its act together?

We are all focussing on the situation in terms of Jenson and Kevin, perhaps the "dithering" is because the original plan has been changed and the team is now seeking an alternative.

And if we are really going down the conspiracy theory route, why a “board meeting” to decide on drivers… unless such a decision is part of a much bigger picture that we’re not yet seeing.

In the meantime, the fan and media assault continues, all of which doesn't do the team any good, especially as it seeks to attract the big name sponsors.

Unless we hear from The Bish, something isn't right here.