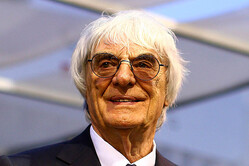 Ahead of the Russian Grand Prix, officials have demanded "total silence" during the playing of the national anthem before today's race.

The anthem played in the minutes leading up to the race, usually a critical time for the teams with last minute work being carried out on the cars and instructions given to drivers before the warm-up lap.

However, in a move that no doubt comes from the office of Vladimir Putin himself, Formula One Management has written to all the teams demanding "total silence".

"We kindly request that during the national anthem, there is to be total silence on the starting grid," requested FOM in an email sent on Saturday evening, according to the Daily Telegraph. "It has been alleged that Formula One is one of the most ill-mannered sports in relation to the national anthem and complaints from fans, public, and political institutions, are now too heavy to ignore."

The move follows claims that broadcasters could see momentary blackouts today as Russian security forces scramble radio signals in an attempt to thwart any possible terrorist attack using such signals.

"The worst scenario would be if we are live and got no warning about when they will interfere with the frequencies," the BBC's Formula One editor Mark Wilkin told the Daily Mail. "Then we could go blank for a moment. But we have a contingency plan. We will have cameras that are not reliant on radio frequencies to take over and could go to tape instead."

Furthermore, broadcasters have been warned not to allow their personnel to get close to Putin as he is shown around the circuit by Ecclestone ahead of today's race.

Whilst the teams and the sport's powers-that-be continue to insist that F1 doesn't do politics, the numerous security measures, including guards from the Presidential Security Service and a reported 500 Cossacks, are a reminder that many are at odds with Putin especially in terms of what is happening in Ukraine And in the same way that the Russian premier will use the event to send out his message to the world, so too could those opposing him.