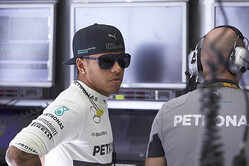 As ever, being the first race of the European season, Barcelona will see upgrades from every team even though Fernando Alonso was playing this down during yesterday's significantly downbeat press conference.

Various drivers and teams are bigging up rivals chances but at present it looks as though Mercedes are the clear pace-setters ahead of Red Bull and Ferrari. McLaren and Williams will both be looking for a major improvement this weekend, though the downforce requirement here are likely to further frustrate the Woking outfit.

Unusually, there has been no-preseason testing here, so, other than simulator work, the teams head into the weekend with the very basics in terms of baseline. Which, in addition to the extra set of tyres for the first half hour, should mean a little bit more action.

The lights go green and Ericsson leads Hulkenberg, Kvyat, Magnussen, Massa and Bianchi on to the circuit.

As more and more cars take to the track one can almost hear Wagner's Ride of the Valkyries, the air being thick with the smell of flo-vis.

In minutes all but Button have been out, the rear of Raikkonen's Ferrari absolutely smothered in yellow flo-vis.

Kvyat posts the first time of the weekend, the ever-improving Russian crossing the line at 1:36.471. Elsewhere, Button heads down the pitlane.

As Kvyat heads back to the pits the track falls silent, all the drivers remain stoically in their garages.

Thankfully, after a few minutes an engine fires up and Bianchi, Van der Garde, Maldonado and Button head down the pitlane. In time more drivers follow.

Despite an unusually untidy lap, Alonso goes quickest (29.974) as the camera picks up on Perez who is struggling to control his car after his (left) mirror became loose and fell into the cockpit. Steering with one hand on the wheel and the other holding the errant mirror, which is in danger of getting trapped in the gap between the steering wheel and the cockpit side, he heads back to the pits.

Ominously, on his first flying lap, Rosberg posts 29.623, while Hulkenberg goes second ahead of Massa and Alonso. Moments later however the Spaniard retakes the top spot with a 28.770 before losing out to Hamilton and his 28.028.

Twenty-five minutes into the session it's game over for Vettel - currently fourteenth on 30.942 - who stops coming out of T5. The German gets out of his car and helps the marshals push it to safety. This, of course, is the much talked about new chassis - or rather the one used in pre-season testing. Surely not the one that kept stopping and catching fire.

No such problems for teammate Ricciardo who posts 28.775 to go third behind the Mercedes duo, albeit 0.727s off Hamilton's pace. Raikkonen improves to fifth.

Having been significantly quick in the first two sectors, Hamilton dives into the pits, the Mercedes driver confident that he has much more in reserve.

On the half hour, the teams now having to give back that extra set of tyres, the circuit once again falls silent.

Interestingly, the camera picks up on Vettel at the back of his car with a fire extinguisher.

Meanwhile, Caterham apologises to Ericsson for the fact that his session appears to be over after just one hot lap the team citing a software issue.

Of course, all the Renault powered teams have 'upgraded' power units this weekend - all in the name of cost and safety of course, not performance - and this includes new software. Could the new software be the cause of Vettel's problem?

After around ten minutes of total inactivity the two (Renault powered) Lotus head down the pitlane.

Maldonado, showing no signs of any Renault-related issues, improves to third with a 28.744.

In the Mercedes garage the mechanics are working on Rosberg's car though the German appears unconcerned. Incidentally, the German team has announced that henceforth the F1 W05 will be known as the F1 W05 Hybrid. It probably cost Ł500k to come up with that.

As Vettel's car is pushed back towards its garage, the cameras pick up on the zebra strip 'seat cover'. All that's missing is some furry dice and a pine tree deodorizer.

As Button improves to second, splitting the Mercedes, Alonso goes quickest in S1. He loses time in S2 but still manages to improve to third (28.128).

When Button complains of understeer he is told that this is good news, the McLaren driver subsequently improving with a 28.042.

A massive lock-up for Bianchi in the final chicane, the Frenchman currently a heady thirteenth (29.820). Teammate Chilton is a more traditional twenty-second (31.447).

Her drivers currently sixteenth and eighteenth, Monisha Kaltenborn looks suitably depressed at the back of the Sauber garage.

A moment for Sutil who runs wide in T9 but does well to keep it under control.

With twenty minutes remaining, just Alonso, Maldonado and Grosjean are on track.

Alonso, now with a new front wing and nose assembly, is really fighting the Ferrari. The Spaniard, who here last year, really playing his chances of a podium this weekend at yesterday's press conference.

As Luca di Montezemolo arrives at the circuit, TV cameras pick up on small piece of bodywork appearing to fall from the cockpit side of Ricciardo's Red Bull.

With 10:30 on the clock, Hamilton goes quickest in S1, however, a massive lock up in T4 means the lap is aborted.

No such problems next time around, the Mercedes driver quickest in the first two sectors before easing off at the start of S3.

Finally, Hamilton improves, the Englishman posting 27.109, despite not being quickest in the final sector.

No such luxury for teammate Rosberg who has only completed 9 laps due to an ERS cooling issue.

As Vergne runs wide, Hamilton reports that his tyres are "taking a beating". Despite this he manages to improve yet again, crossing the line at 27.023.