Roy the Boy's betting guide to the United States 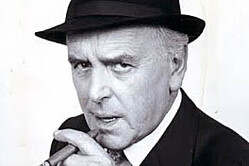 Last month, on receipt of my Abu Dhabi betting preview, a friend and associate sent me an email suggesting I should not "write down anything that is remotely, and I mean remotely, racist or misogynistic."

I respect this guy a great deal, as does my wife, who is currently shackled to the sink, but I think this racism card is well overplayed. As a coloured friend of mine likes to say "I'm not racist, I think white people are great!" one simple sentence puts everything into perspective.

This week's goal, apart from identifying some betting value, is to not have 'anti-American' added to my curriculum vitae. That's a phrase defined in the Oxford Dictionary as "hostile to the interests of the United States".

For the American readers out there - and despite yours often being described as the greatest country in the world - Oxford, in this instance, is not related to any one of the 22 cities, towns and villages in the United States which go by the same name. Curriculum vitae incidentally can be found in the Merriam-Webster Dictionary defined as "a short document that describes your education and work experience."

This weekend F1 eyes turn to America, the 'Land of the Free and Home of the Brave', as in you are free to make a phone call or connect to the Internet but brave if you believe your connection is not tapped. I told this to a friend who is going to the United States Grand Prix and will be watching the race from a corporate box "with the second best vantage point on the circuit." When I asked him what was the best he replied: "That will be the drone flying overhead!"

I'm very hung-up on this free thing and the irony that in this land, where God is asked to bless their people above all others, the remaining 95 percent of the world's population that is, only 99 percent of the population is indeed free.

That's right one in every 100 American adults (male and female) is in jail; 2.3 million people in total. One in 31 of the country's population is under 'Correctional Supervision' or what we prefer to call probation, parole or in prison.

There's good and bad everywhere and, true, America is exceptionally large. You could fit France, Belgium, the Netherlands, Denmark and Luxembourg (total about 261,000 square-miles) inside of Texas (269,000 square-miles). Actually you could also throw in Northern Ireland and the Isle of Wight but, if push came to shove, I'd probably add a slice of the Swiss Alps to my collection instead.

Given that scale it's amazing to think how rarely Texas is in the headlines. Since Lewis Hamilton lifted his US Grand Prix winner's trophy aloft last year only an accidental explosion at a fertiliser plant has seen Texas on our news screens.

That happened in West, officially a city despite a population of 2,800, in McLennan County, on April 17th. On a map you will find West 19 miles north of Waco, also in McLennan County. In the grand scale of things it's as local as the corner shop.

What a coincidence, April 17th the eve of the twentieth anniversary of Waco itself making world-wide headlines with the siege on David Koresh' Branch Davidian's compound reaching its ugly conclusion. This gave birth to the right-wing paramilitary Militia Movement who went on to bomb a federal building in Oklahoma City in April '95, April 19th 1995, using a bomb coincidentally made from fertiliser.

The third week of April in 2013 was a bad week for America. Obviously difficult to pass off as an accident, there was the Boston Marathon bombing two days prior to the West explosion.

But, thankfully, West investigators quickly identified stocks of ammonium nitrate fertilizer stored in a bin inside a seed and fertilizer building on the property for the explosion. It was an accident not a terrorist attack. To this day there remains one small problem, investigators failed to explain what accident ignited the fire.

Still, as a result of the accident the US prison population may still yet grow by one or two as, by sheer coincidence, a paramedic who attended the West bomb site in a working capacity and had his own home destroyed by the explosion (he wasn't at home at the time) is due to be sentenced for his guilty plea to 'obstructing justice and conspiracy to make a destructive device'.

The charges against this guy are not related to the West atrocity, that's official. His co-conspirator remains unnamed, there is no indication as to if he/she has been charged …and if so with what. But if its West related it was not a terrorist act. Finally a mystery instead of a coincidence.

I'm no good at mysteries and, by the way this F1 season has gone, I'm officially the worst judge since Pontius Pilate. But, by using powers of deduction based on coincidences, I'm bravely declaring Sebastian Vettel will win this weekend.

Raikkonen is missing the final two races of the season with impending back surgery. Its only coincidence he is amid a dispute with the Lotus team which he is deserting. One less candidate for a podium position scrap which is surely just a four-runner race.

Odds compilers are hung up over the quality of Mark Webber's car and are not factoring the abilities of the driver. At odds of 2/5 to collect a trophy (considered 71.4 percent likely) he is no value. That's underlined by a strike-rate of six podium finishes from 17 races meaning he achieves a podium finish 35.2 percent of the time and so should be nearer 2/1.

Regardless, three drivers should be fighting over at least one podium place: Hamilton, Grosjean and Rosberg as it's fair to say the only other conceivable contenders are Alonso, who has been struggling badly in his Ferrari, and whoever takes the wheel of the second Lotus and will have a mountain to climb.

Hamilton, admittedly brilliant here last year when piloting a car which, if it were made of sugar would have been an edible wheel nut, has failed to make a podium in his last six races and so Rosberg (second and third in his last two outings) looks the principle threat to golden boy, Romain Grosjean.

Who knows what the coincidences are, it used to be warm conditions, then it was a longer wheelbase, now the promotion from Maverick to the mantle of Iceman but there's no doubting the planets have lined up to show Grosjean is not, and probably never was, the "first lap nutcase" he'd been accused of being. That's underlined by his three podiums from his last four starts.

Elsewhere, Sergio Perez looks to be fighting for his McLaren life and if that were not incentive enough he will have strong local support. Of the 20.8 million Texan population over five million people are Mexican. That's 24 percent, meaning taking a random person off the street, or from a jail, there is approximately a 3/1 chance he/she will be cheering "Checo, Checo" on Sunday.

Perez, tip-toeing above the trapdoor marked 'IndyCar star', has made Q3 in his last two outings (Abu Dhabi and India) and is undoubtedly value to do so once more at odds of 6/4.

Please Note: This article is not an advertorial