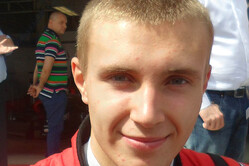 Russian youngster Sergey Sirotkin is to visit Sauber's Hinwil HQ this week as part of his integration into the Swiss team.

Last week, in the midst of mounting speculation as to the team's financial situation, with sections of the media claiming that partnerships with three Russian backers were in jeopardy, the Swiss team was forced to issue a statement denying the reports.

At the same time as confirming that the partnerships were in place, and that an initial payment had been made, the team confirmed that 17-year-old Sirotkin, son of the head of the National Institute of Aviation Technologies (NIAT), one of the team's new partners, had a contract in place and preparations for his involvement in the team would commence after the summer break.

Russian website Formula-Z, which has links to NIAT claims that Sirotkin will visit Hinwil this week to get acquainted with the team's personnel, its technical equipment and the car. The visit will be followed by a press-conference with European and Russian media.

Sirotkin, currently racing in the Formula Renault 3.5 Series, has yet to drive an F1 car and therefore doesn't have the required Superlicence is said to be under consideration for a couple of FP1 outings this year ahead of his race debut in 2014, a move which would make him the youngest ever driver to start a Grand Prix.