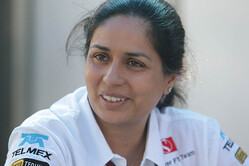 Yesterday it was claimed the Russian deal was on the brink of collapsing, with the National Institute of Aviation Technologies (NIAT) board said to have rejected paying Ł340 million to Sauber.

In reaction Sauber released a statement to selected German outlets on Tuesday afternoon questioning the credibility of the original article. "We are surprised how readily some media put rumours and false reports into the world," it read. It added that NIAT's involvement was technological rather than financial, casting further doubt on the credibility of the original story.

Sauber's future has been the subject of fierce speculation in recent months, with many questioning whether it had the means to see out the season. The Russian investment has therefore been seen by many as its saving grace, and came just days after it was revealed some of the team's suppliers had lodged debt complaints with the relevant Swiss authority.

But while Sauber's announcement is good news for the team's immediate future there remain a number of unanswered questions, key among them Nico Hulkenberg's future and just how 17-year-old Sergey Sirotkin will fit in to the team in 2014.