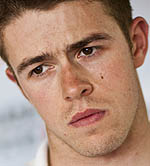 Sahara Force India's Paul Di Resta will line up in P12 for tomorrow's German Grand Prix ahead of teammate Adrian Sutil in P15.

Paul Di Resta: "It's been quite a difficult couple of days trying to get the car in the right operating window and I've never felt totally comfortable. All the changes we've made have been a compromise and I've really struggled with the balance. Ahead of qualifying we completely changed the set-up to try to improve things and it certainly helped. For tomorrow we just have to hope that we can repeat the race pace we've shown earlier in the season because that has been one of our strengths."

Adrian Sutil: "P15 for my home race is a bit disappointing. I had a technical issue with my DRS during Q2 and it was not working, which cost me about half a second per lap. That's why P15 was all that was possible today. Otherwise I think I would have been very close to making Q3. We can fix the issue for tomorrow so we will be ready for the race. Apart from that our absolute pace has not been at our usual level and we've struggled to deliver the performance we showed at Silverstone. Tomorrow is a new day; we will push on and I believe points are still possible."

Robert Fernley, Deputy Team Principal: "It's difficult to determine if the change in tyre construction has hampered the team's performance, but for whatever reason we've not found the sweet spot this weekend and that is reflected in our qualifying performance this afternoon. The changes made to Paul's car ahead of qualifying were a step in the right direction and P12 was a good effort all things considered. Adrian has been happier with the balance, but was heavily compromised by a DRS issue, which made it impossible to reach Q3 today. It means we are further back on the grid than we'd like to be, but we remain optimistic that we can fight for points with both cars tomorrow."