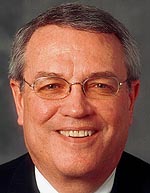 New Jersey's Grand Prix of America has the dubious honour of being the only new race in the modern era of Formula One which was cancelled after it had been granted a slot on the calendar.

It was due to take place last month but the brakes were put on that plan in September 2012 when Pitpass' business editor Christian Sylt revealed that F1's boss Bernie Ecclestone had torn up the race contract. The promoters missed payment deadlines in it but were given a second chance in May when Ecclestone signed a new 15-year contract with them to host the race from 2014. However, according to an article by Sylt in today's Daily Telegraph, the funding for the race still isn't in place.

The Grand Prix of America was announced in October 2011 by New Jersey governor Chris Christie. It soon became clear that external funding would be crucial because no subsidies would be provided by local or state government.

Capital is required to build an F1 track on 3.2 miles of public roads in Port Imperial, a district in the New Jersey towns of West New York and Weehawken. If a race is held there it will be an impressive spectacle as the roads snake alongside the Hudson River and have Manhattan's historic skyline as a backdrop.

As Pitpass has previously reported, street races tend to be reliant on government funding as, unlike a purpose-built circuit, there is no tangible asset on which external investment can be secured.

It was initially thought that the bulk of the funding would be provided by the promoter of the race, Leo Hindery junior who is a sometime racer and managing partner of private equity fund InterMedia Partners. In 2011 Hindery provided an initial £6.4m investment in the race organising company Port Imperial Racing Associates (PIRA) and, since then, it has obtained an additional £6.3m loan. Sylt's article reveals that it will require a further £65.8m ($100m) to get the race off the grid.

The news is confirmed in an investment memorandum released by Swiss investment bank UBS in early June. This is the same document which states that “incoming investors...could acquire 100% of PIRA” as Pitpass revealed last month. Putting the entire project up for grabs doesn't perhaps send out the best signals as one might expect that the founder would want to ensure that he retains a stake.

It remains to be seen whether Hindery will be able to secure the investment but there is no doubt about what is at stake. The memorandum states that the funding is required to complete the engineering work and build the Club of America VIP hospitality area.

The order of events brings back memories of Donington's ill-fated attempt to host the British Grand Prix from 2010. Donington is the only other track in recent F1 history which signed a race contract but didn't have the funding in place at the time for it to go ahead. In October 2009 it engaged Citigroup to raise £135m to fund necessary refurbishments to the track and when this failed to yield fruit Silverstone stepped in to host the race.

The market is certainly healthier now than in 2009 but one wonders whether it is strong enough to meet Hindery's needs. UBS forecasts that corporate hospitality tickets will cost £2,706 ($4,255) each and, along with general admission, will generate 80% of revenues. It adds that the average ticket price is expected to be around £358 ($563). This compares to £288 at yesterday's British Grand Prix and £209 ($329) at last year's United States Grand Prix. If PIRA can pull it off it will fuel significant profits and UBS says that it is targeting an annual operating margin of 10% to 15%.

The organisers expect a total crowd of 240,000 over the three days of the race weekend which is slightly less than the 265,499 spectators who attended the inaugural United States Grand Prix in Texas last year. It would be a fantastic flagship for Roseland Property, the company which owns a large part of the land in New Jersey where the track is located. It is understandably keen to see the race go ahead.

In May last year Ecclestone revealed to Sylt that Hindery had missed deadlines in his contract and said "we are waiting for different parts of the contract to be agreed. They are late." In response, Carl Goldberg, the managing partner of Roseland, told local publication NJBiz that he has "heard nothing to suggest that there's going to be a delay from any of the American promoters." He added that there is "a significant amount of time and money being invested, all pointed to a first race in 2013."

Goldberg described Ecclestone's comment as "disconcerting" and said that "it's distracting for someone who appears to be outside the process to suggest that the schedule that we're all working toward is not a real schedule... I think it's really inappropriate for him to suggest anything other than June 2013, not being here and on the ground and part of the planning that's going to execute this event here in New Jersey."

June 2013 is now just a memory and time will tell whether June 2014 is any different.