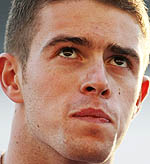 Paul di Resta has become the latest in an ever growling list of drivers to have paid a visit to the stewards this weekend.

The Scot was caught speeding in the pitlane during qualifying, exceeding the 60km/h limit in place prior to the race. He joins Valtteri Bottas, Esteban Gutierrez and Felipe Massa in contributing to the FIA's coffers as a result of a heavy right foot.

Indeed, Force India seems to have a seat reserved in the hallway outside the stewards office this weekend, having visited it twice with Adrian Sutil.

The German, making his return to the sport after a year out, paid his first visit on Saturday when he was seen using DRS at a time when it was officially not allowed.

Race control had previously announced that DRS could not be used during the third practice session due to the wet conditions however Force India never saw the notification thanks to a power failure. The stewards accepted their excuse and let the 30-year-old off without punishment.

However, on Sunday morning he was summoned once again, this time for entering the pit lane too slowly, for which he was handed a reprimand.

Having qualified twelfth it's clear he has not forgotten how to drive a Formula One car, and after this weekend it's fair to suggest he won't forget where the stewards room in Albert Park is either.