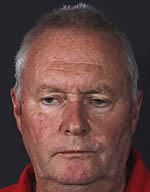 Maria de Villota's testing crash in the build-up to the British Grand Prix rocked the sport to its core, but it also helped bond the Marussia team.

De Villota was performing some aerodynamic testing at Duxford airfield. The crash, which saw most of the force absorbed by the Spaniard's helmet, made headlines around the world. Rushed to hospital with head injuries many feared the worst, though after surgery and stays in hospitals in both the UK and Spain, de Villota is now recovering well.

"She's making incredible progress and we take heart in that," says Booth. "The family are absolutely fantastic, and are wonderful support for Maria.

"It was probably the toughest time I've experienced in my professional career," he adds solemnly. "I'm sure that's the same for all the guys because they were there at Duxford and that will stay with us forever.

"I think it affected us all very deeply. It's probably brought us a lot closer."