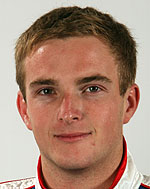 While India looks likely to have at least one home driver on the grid when it hosts its inaugural race later this year, Jonathan Summerton remains hopeful that he might line up on the grid for his home race at Austin next season.

Seven months ago, the American driver announced a collaboration with the mysterious Cypher Group, proclaiming an interest in "collaborating together during the next few Formula One seasons" as they eyed the thirteenth slot on the 2011 grid. However, just a couple of weeks later the Cypher Group confessed to a change of heart admitting that it didn't have the budget to allow it to "pursue the project in a manner befitting the series".

Nonetheless, with an eye on the sport's much anticipated return to the USA next season, Summerton remains hopeful. "My dream and goal has always been Formula One," he told Austin's Statesman newspaper. "I know I can do it, I've raced against seven of the current F1 drivers including Vettel."

Having won the Formula BMW USA series, Summerton's prize was a trip to Europe to contest the international series. His best result being at Spa Francorchamps, next year he progressed to the Formula Three Euroseries in which he finished ninth overall, his best result coming at Hockenheim where he won.

Over the next couple of seasons he raced in the ill-fated A1 GP series, the Atlantic Championship and Firestone Indy Lights Series. In 2010 he made one appearance for Walker Racing in the Indy Lights series before being replaced by Dan Clarke.

At present he is unclear what his plans are however, he insists that F1 is the goal and remains confident that it can happen.

"You never know what's going to happen," he said. "It's always a pressurized time. It can be stressful."

Referring to Austin, he added: "I've got my eye on everything that's going on over there." However, he admits has no immediate plans to visit the site of the proposed track unlike two other partisan hot-shots, Conor Daly, who visited the site last month, and Alexander Rossi, who is heading down there in the coming weeks.

Asked about his plans for this season, the Florida driver said: "The past two years I've signed a week prior to the first race," Summerton said. "I have confidence that things will come together."