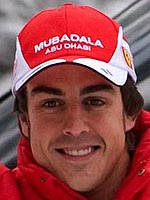 Ferrari is preparing second test of the year, which runs from 10 to 13 February at Jerez de la Frontera.

This morning (Monday) the main part of the team leaves Maranello, including mechanics and the men working on the logistics, telemetry and electronics, with the engineers due to arrive in Spain on Tuesday evening.

Four days of testing are scheduled with Fernando Alonso on track for the first two days, followed by Felipe Massa, who will sit behind the wheel of the F10 on Friday and Saturday.

The F10 is already in Jerez after the work carried out last Wednesday night in Valencia. The car's configuration will substantially remain the same compared to its debut, with only a few mechanical updates.

Meanwhile in Maranello work on the assembly of the F10's second chassis continues. This car will be used during the third test session, again at Jerez, from 17 to 20 February.

Rain is predicted for all four days of this weeks test and possibly going into next week's test.