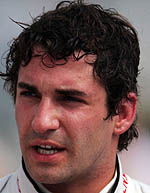 Following a number of reports in the German media Pitpass contacted Toyota to find out the real situation with regards Timo Glock.

First off, the German has not been told that he is out of the team at the end of the season, then again, he hasn't been given a new contract. Instead he has been told that though talks will take place he is free to look elsewhere.

Toyota is still deciding on its driver line-up for next season and the team insists that retaining Glock is "still a possibility", however, it wanted to give him the freedom to look for alternative drives.

The Cologne-based outfit has confirmed to Pitpass that the option on Glock has been allowed to lapse, however reports of the timing of him being told are not accurate. He was not told on the morning of the race, nor in the 24-hours leading up to the race, but during the gap between the Italian and Singapore events.

Reports that there was a conversation between John Howett and Glock at which the German was told he will not drive for Toyota in 2010 are untrue, a fact confirmed by his manager.

Toyota's final word is that it's "still completely open in terms of our 2010 drivers".