Hamilton: It's going to be close 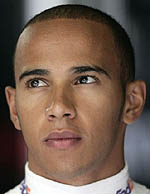 Lewis Hamilton is confident that McLaren will be on the pace come Melbourne, thereby allowing him to defend his title from the outset. However, he feels that competition will be tight.

"Over the winter there was a lot of talk about the new rules making the grid spread out," he continued, "but from what I've seen that's not going to happen. We don't know what the others were doing, but for us, this week's test wasn't about setting fast times it was about running the car reliably, getting KERS to work and learning about the new tyres over a long run, which is very important.

"Now we're beginning to get a clearer idea of where we are with the car, we will start adding performance to it over the next few weeks."

"Since I first started driving the new car, I've said it feels very similar to last year's car, and that's still the same. And I know we've got plenty of new parts coming to the car over the next few weeks that will make a huge difference to the car's overall pace."