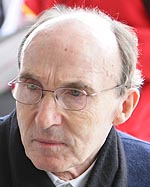 The report is based on the team's accounts for 2007 which should have been a banner year. True, the team lost Budweiser, Castrol and Mobilecast from its sponsorship roster but it gained Air Asia, Lenovo and AT&T as title partner. However, even this couldn't stop the flow of red ink as Williams' net loss hit Ł21.4m, an improvement of just Ł6.4m on the record deficit the previous year. The problem is that it simply didn't make enough money.

Revenues increased 14.6% to Ł67m but the team's costs spiralled beyond this and hit Ł88m. Williams plugged the gap with a lifeline from an unexpected source. Despite troubled bank RBS being one of its sponsors, Williams took out a loan from its rival Barclays during 2007 which trebled the team's net debt to Ł25m. In total Williams has access to Ł33.75m of borrowing facilities but it will be lucky if this alone will be enough to plug the gaps for even two more seasons. Over the past two years Williams has burnt up losses of Ł50m and its new finance agreement piles on the pressure as the team's annual interest payments have trebled to Ł1.5m.

To cut costs, the team's owners Frank Williams and Patrick Head took an Ł800,000 pay cut in 2007 for the second year running and also saved Ł1.3m by scrapping 14 top jobs with the bulk coming from R&D and production. The team's cash in the bank decreased by 60% during the year with just Ł13,000 left at the end of 2007. This doesn't put it in good stead to motor through the downturn.

Despite its recent podium, Williams hasn't won a race for four years and its marketing boss Scott Garrett left at the end of August. The team's turnover is now a shadow of its former self which peaked at Ł88.7m in 2004 when BMW was Williams' engine partner. The 2007 accounts show that the persistent losses halved shareholder funds from 2006 to only Ł15m by the end of the following year. Theoretically this should make the team a ripe target for takeover and, as the only outfit on the grid to not be owned by a billionaire or a car manufacturer, a sale could be one way to keep it on the grid. However, even this might not be smooth going.