Official: Prodrive to give 2008 a miss 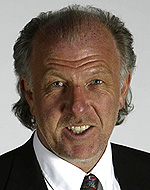 Following months of speculation, Prodrive has announced that it is not in a position to contest the 2008 Formula One World Championship, and though the British team hopes to be on the grid in 2009, no firm date is given for its entry to the pinnacle of motorsport.

"Prodrive has always been committed to competing in Formula One with what has become known as a 'customer car'. It has been well known that our entry was made on this basis and that our entire business model was built upon this premise.

Over the past 18 months we have put considerable effort into securing an agreement for the supply of cars and engines from McLaren and Mercedes, as well as financial backing from a partner new to the sport. It was therefore particularly disappointing to face a last minute legal challenge to our entry, when our plans have been public knowledge for over a year. This legal challenge and continuing delays to the new 'Concorde Agreement' represent a fundamental change in circumstances, therefore we must now realistically rule out the possibility of Prodrive being on the grid in 2008.

It is, however, still our ambition to compete in Formula One and we are hopeful that a new 'Concorde Agreement' between the FIA, FOA and the teams will provide clarity as to the terms on which this might be possible. When this new agreement is reached, we will be in a position to consider the extent to which we can adapt our plans for participation in the future."

The British team failed to meet a series of deadlines, lead to widespread speculation that it would not be on the grid in Melbourne next March. However, it was widely believed that much of this was down to Prodrive being unable to agree a satisfactory deal with McLaren.

Due to the failure to agree a new Concorde Agreement, which in turn has put the whole issue of customer cars in doubt, with Williams threatening legal action should Prodrive use a McLaren package, the British team has been left with little choice but to pull the plug.

Prodrive's withdrawal is sure to be embarrassing for Max Mosley, who, other than championing the move towards customer cars, chose Prodrive over several other potential teams looking for the coveted twelfth entry, even though many of the other potential teams had a better infrastructure already in place.