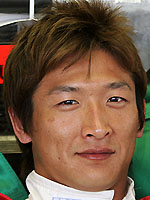 Yuji Ide's hopes of returning to F1 action this season have been dashed following the FIA's decision to revoke his Superlicence.

The Japanese driver was dropped by Super Aguri on the eve of the European Grand Prix weekend following "advice received from the FIA".

Speaking at the time, team boss, Aguri Suzuki, said: "We accept the advice offered by the FIA to allow Yuji to accrue the mileage he requires to improve in Formula One during our testing days only. I will continue to look after Yuji's interests and support his continuing efforts within the team, including his path back to a Formula One race seat."

In a statement issued by Super Aguri on Wednesday afternoon, the team confirmed: "The FIA Permit Office has retracted Yuji Ide's Super License. He will therefore not be participating in any further official FIA Formula One World Championship events this year."

The Leafield based outfit revealed that former Renault test driver Franck Montagny, who replaced Ide at the Nurburgring, will once again partner Takuma Sato this weekend at Barcelona.