The Tower of Fable 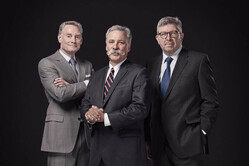 Oh the lament! Around the world the cries of anguished engineers as they reel in corridors and writhe in laboratories! Haunted by banshee howls of wild power and chased by phantoms of the spreadsheet, they are a tormented set of souls, doomed to a hellish slaving for the mighty wraiths of accounting.

The Four Horsemen of the Apocalypse only got those steeds because the Fifth horseman was an accountant, who pre-approved the horse purchases and gave them unlimited funds for the exploit, with the full blessing of Accounts and Finance, while rejecting all claims from others for items of use in protection against death, famine, war and, err… conquest or pestilence.

Quake dear reader, and only digest this article from behind the safety of your favourite couch (the one you used to use for Dr Who will do fine) as we are going to be focussed on numbers, and accounting for this article, a fiery land where engineers, and other mortals, should fear for their lives with every step.

Long ago, while living easily into their early 20s, humans had no need of money as all the rocks, berries, water, and sloths one could want were strewn around the land in a "hunter gatherer come and get me" kind of way.

Barter was good for a time.

Then, when a direct swap simply didn't work, or your Tower of Babel, or Hanging Gardens of Babylon needed to address a horde of sub-contractors, suppliers, and independent third parties, well, money, accounts payable, American Express, and Frequent Flyer programs followed in the blink of an accountant's eye.

Which (you were starting to wonder where I was going with this, admit it...) brings us neatly to F1 viewer numbers, Pay-TV, Miss Physics, Budget Caps, and Yurtle Turtle.

Please, stay with me as we build our stack of turtles (note to befuddled readers, if you've not read Yurtle the Turtle by Dr Seuss now might be a good time so to do. It is a story about Yurtle, King of the Turtles who builds a high tower of his turtle subjects to see a bigger kingdom, for he is king of all he can see - with a lovely moral ending. That's enough context to get you through I hope...)

So now let us proceed to build our special F1 fabled Tower of Turtles. At the bottom of our F1 stack we find our aptly named "Fan Base". This is the turtle on which all others must stand. Fan Base Turtle used to be a mighty, broad and muscular turtle on which one could build a globe straddling empire. Indeed King Bernie did just that.

Gold, that comes from "Willing Advertiser Turtle" who stands, a little wobbly it must be noted, on the back of Advertising Revenue Turtle. Each turtle in our turtle tower relies wholly on the turtle below to keep him (or her) utterly safe in their position.

"Willing Advertiser", then has "Corporate Drive" wobbling on her shoulders. Next turtle is "F1 Team", then "Circuit Owner", then "FIA", then Liberty, and finally the new King Yurtle on top "Chase Turtle", the new King of all he can see!

My. That's a big stack of wobbling turtles you've got there King Chase. All balanced on the back of Fan Base Turtle. Is it safe? Is it Sound? Will you tumble to the ground?

Of course to assess the stability of Chase's Turtle Tower we will call in the accountants, as engineers find happens to them every day...

The global audience used to be well over 100 million viewers, with Bernie pointing out only the (football) World Cup and (summer) Olympics exceeded F1 for viewing figures, and you only got to host those every four years. A huge draw for free-to-air TV advertising. As a result the Turtle stack was as solid as Mount Everest. Fan Base Turtle was a titan on whom empires could be built to last for a thousand years!

Then digital media and Pay-TV (driven by smart-arse engineers who wanted a lot less hunter gatherer and far more super yacht who had made a pact with the devil and "got" accounting) found new ways to monetise services. It was no longer free-to-air TV to inform the people, with a few ads thrown in, it was a revenue stream with monetised content for a target audience.

This is where the numbers get interesting.

What is a free-to-air (FTA) viewer worth, compared to a pay-per-view (PPV) viewer?

Floyd Mayweather got one of the biggest pay days in boxing history by pocketing in excess of $200m for his McGregor fight. All from a modest few million PPV viewers.

Connor for his part got a feeble $30m (poor chap).

Great for two guys who only have to finance a water boy and an endless supply of fresh towels.

If you're trying to run the beast that is modern F1, $200m is not going to run the sport. And keep in mind the Mayweather fight was expensive to watch (depending on your viewing market in the region of $50 to view). Ask current F1 fans to pay a monthly subscription, plus $50 a race and see how well that works.

So, as FTA (free to air) viewing drops, the value of that advertising market falls, so each FTA viewer is worth less... until you reach a crossover point whereby fewer PPV viewers are worth more to your business than a larger FTA viewer base. The big dollar question is; what are those two numbers for a viable PPV F1 universe? And this is where the dark winds of Autumn suddenly start blustering around King Chase's Turtle Tower.

Each country that has gone behind a paywall has seen a massive reduction in viewers. This has multiple impacts; Fewer FTA viewers means that the advertising revenue stream is shrinking; fewer casual viewers means the pool of potential future engaged fans is shrinking; less casual conversation about the sport means reducing general social awareness of, and interest in, the sport; and finally and critically, as FTA viewers depart are you generating enough new high-value PPV fans to exceed the revenue take from your old FTA fan base?

Boxing is some years down this path. It generates huge purses for a few boxers, but public awareness of the sport is nothing compared to the Mike Tyson generation. Boxing is now working on this as it realised it was not generating future fans, as the fan base from the 1980s and 1990s, ah, "moves on".

Only football (soccer) has managed the transition to PPV well because it has a century of building a fan base that can buy a $10 football, go to the park and have a kick about with mates and the family, and relate to the game. Plus, following a football team is handed parent to child and is rather tribal (recalling those heady hunter gatherer days...) so the fan base is literally "baked in" from generation to generation. Football has nothing to fear from PPV, and is milking it accordingly so the star players can get those ten figure salaries the poor lambs need to survive.

Formula One has none of the minute cost to run advantages of boxing, and none of the century old fan base and genetic tribalism baked in that football possesses. It simply has to retain a large high-paying fan base to make the number add up.

In true fearless Pitpass style part two of this article will boldly go where no engineer has gone before, and sneaking a few minutes with the accounting spreadsheet we will run some imaginary numbers to see if we can guess the point at which King Chase tumbles into the mud and reeds as Fan Base Turtle collapses exhausted and the Turtle Tower crashes down around him.