A Brief History of Cotton Wool 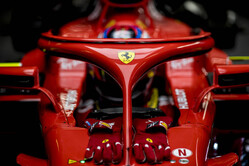 A week is a long time in politics, thus the 6,916 weeks (and counting...) since Karl Benz invented the first motor car (back in the care free days of 1885) is truly an age.

Spanning three centuries, a number of generations, and the global discovery of World Wars, Penicillin, Kylie Minogue and Facebook. Oh, and we went to the Moon, broke the Sound Barrier, invented the Transistor, eliminated many forms of infant death, curtailed the spread of many other forms of death, and with ever increasing zeal have henceforth proceeded to wrap what remains in cotton wool.

Cotton grave cloths have been found in Huaca Prieta in Peru believed to date back a far as 2500BC. Certainly the Egyptians were using cotton by 700BC, and the Umayyad conquest of the Iberian Peninsula and Sicily around 711AD helped introduce cotton to Northern Italy and then the rest of Europe.

Handy stuff it was too. Clothing many, and placing coats and blankets around others. A valid and welcome protective layer.

All was well with the world, and cotton, until 1937 when Joseph A. Voss invented a machine capable of generating cotton pads and cotton balls, introducing them to the mass market, outside of the application of gold leaf, for the first time. It was here, after many thousands of great uses, and a fine role in the comforting and warming of humanity, that cotton got all over protective, and it has been an increasingly rapid, torrid, slide into the coddling, stifling, arms of the nanny state ever since.

Certainly medical uses for cotton were both fine and effective, cosmetic uses, while not as selfless, were at least beneficial to those using them and those gazing lovingly upon them.

No, it was when the wrapping of delicate items in cotton wool was wholeheartedly embraced by the nanny state for the safe keeping of any item they cared to name, that cotton's glowing CV gained a huge and troublesome blot upon it.

Ralph Nader was a Master Cotton Wrapper who blazed a soft fluffy trail of safety for many to follow. Truth is Ralph did many fine things that countless people alive today can say a hearty thanks for. In 1965 his master work, "Unsafe at any speed", forced the motor manufacturers to admit to a need for designed-in safety that has since become a money-spinning, life-saving passion for all marques. At the time Ralph's ground-breaking safety focus was sorely needed, and was echoed in work by Bernie, Max, and Sir Jackie on the tracks of the world. Saving lives by making people accountable for shocking compromises in the design of road cars, race cars, and in road and track design. We all owe them, and unsung others, a debt of thanks for the huge numbers of lives saved, and the remarkable safe environment in which we race and travel today. And yet... and yet some have missed the point of reasonable risk, and acceptable safety.

So dear reader, let us pick and choose some statistics over the years for a few minutes of amusement and reflection, and maybe, just maybe, it will give us a small glimpse of the societal pressures driving some of the more teeth grinding decisions of both the FIA and Liberty in recent years...

By 1900, not long after Mr. Benz gifted us the motor vehicle, these figures had improved to an age of 54 for men, and 58 for women. This vast improvement mainly being down to huge improvements in the mortality rate for the under-fives.

It was a similar story around the globe.

World War One killed millions, and yet fostered medical advances, and was followed by a horrific Flu pandemic (the Spanish Flu) that is believed to have infected 500 million globally, and killed between 50 and 100 million of these poor souls. Being 5% of the world population at that time. Cotton wound dressings, and cotton clothes were in full use around the world aiding humanity in many a dark hour.

In the same time span, the motor car had reduced travel deaths, previously due to horses, by a magnificent margin, and was well on the way to eliminating manure from cities (a significant evil back then and responsible for illnesses across the developed world). The car was being championed as both a life-saver, and a freedom machine for the masses.

Cotton meanwhile continued to be used in ever-more refined clothing, and increasingly sterile field-dressings, but was yet to be sold in handy ball form.

Motor racing was still in its days of innocence with European races being held on the open road... while they were still open to the public.

Statistics continued to generally bother no one. And then in 1937 Cotton wool balls were finally gifted to the world just in time to be of great aid during World War Two. Another horror tale in the history of human development.

So we arrive at 1950 with cotton supporting many aspects of life in both the hands of the seamstress and the nurse. Cotton wool balls were turning into both cotton pads and cotton buds, much to the delight of a consumer society that was increasingly buying rather than making the items they wore or had around the house.

Those that survived World War Two were filled with both relief and a zest for living that were met in fine measure by increasing global travel, rock and roll music, and cars. Lots and lots of cars.

So this largely statistic unworried generation witnessed the birth of the Formula One World Championship untroubled by a Nannie State obsessed with speed limits, speed humps, crumple zones, and run off areas.

The Cold War was in full swing. The British submarine HMS Truculent collides with a Swedish oil tanker in the Thames Estuary killing 64 people. Rationing is still in force in Britain. Albert Einstein warns Nuclear War would result in mutually assured destruction (MAD). (Didn't Billy Joel have a big hit with this? – Ed)

The first VW microbus is produced in Wolfsburg, Germany.

And Formula One delivers its first season. Nino Farina wins the first F1 World Championship in a supercharged Alfa Romeo 158. He won the opening race of the season at Silverstone, in front of King George the VI. The next race, Monaco, was won by his team mate Juan Manuel Fangio. Between them they would win all races that season with the exception of the Indy 500 (won by Johnnie Parsons) in which the Europeans rarely raced. Juan finishing second in the championship to Nino. (Who says pole lock-outs, fast laps, and a winning clean sweep are a modern phenomenon...?).

At each round of this first championship the track was surrounded in the most part by fans who had either endured world war first hand, or at the side of emotionally exhausted parents. All of whom would view accidental death as just that; "an accident, these things happen." Being separated from racing cars by knee high bales of hay or a simple rope was safety enough for this generation.

For five years the Formula One World Championship raced in simple delight for both the drivers, and the public. A few deaths here and there, but for now no one was really counting. And race coverage was mostly the printed word in newspapers around the planet.

And then a Mercedes crashed. And the media was there to record it. A truly horrid crash that reduced even war veterans to tears.

At extreme speed, and lacking the disk brakes of the more technically advanced Jaguar D-types in the race, Levegh lost control and flew into the crowd. When the smoke cleared Levegh was dead, as were eighty-three spectators. And the media recorded it first-hand. Around 180 other spectators suffered injury. A major enquiry was launched and the track design was blamed. At the end of the season Mercedes withdrew from racing until 1989, and the world started to pay increasing attention to both 'accidental' deaths, and safety standards.

In 1955 global life expectancy at birth had risen to 48 years. While higher in developed countries that's still a low number. Cotton sales were booming as the Baby Boom that would peak in the early 1960's started to gain momentum.

1960 and Formula One saw the first generational change with Fangio, and others, hanging up their helmets in the late 1950s.

Jack Brabham racing for Cooper won his second championship, while Lotus won its first grand prix at Monaco and Harry Schell (Silverstone), Chris Bristow, and Alan Stacey (both Spa) all lost their lives racing. Cotton was about to clothe the Woodstock generation, and personal safety was becoming a concept of concern.

1965 saw a gentlemen by the name of Jackie Stewart take his first F1 start at the South African GP, and his first win later that year at Monza.

1966 and at Spa Stewart had a horrid crash where he was trapped in the car for over twenty minutes. This coupled with the death of racing friends turned Stewart into a crusader for improved safety. Hard to believe now, but one of his first missions was the mandatory use of seat belts in racing cars, and then full face helmets...! Not using either today strikes one as madness, and yet Stewart had to campaign to have them introduced!

1970 and the American infant death rate is down to 20.0 per 100,000 and Stewart is racing towards being a triple World Champion. His final Championship win came in 1973 with Elf Team Terrell by which time he had seen too many pass away while at the wheel of racing cars.

1980 and now the American infant death rate is down to 12.6 per 100,000. 55% lower than in 1950! The media was now ever present in sport, it was no longer the pursuit of the monied to pursue out of public sight. Tracks were becoming safer, race cars were becoming safer, and thanks to the pioneering work of Nader, road cars were far safer and the public was becoming less accepting of the concept of "Accidental death".