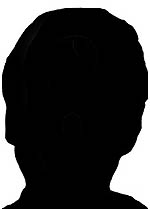 Following his plea from Bahrain, which appears to have fallen on deaf ears, certainly at the FIA and Prince's Gate, Pitpass' 'man on the ground' in Bahrain sends this update:

Greetings from Bahrain where the 47 doctors and nurses arrested for treating the injured and carrying out their jobs go on trial today in front of a military court. The Island is braced for more death sentences; after all you have to make an example don't you. There are still daily riots with people getting injured and we don't want those doctors and nurses doing their jobs and treating them.

I wasn't stunned when I saw the decision of the FIA. However, I would like to ask Mr. Ecclestone, the self proclaimed admirer of dictators: "Now you have a live one to do business with, did it live up to your expectations, does it feel good or is the feeling a bit flat, I mean 600 missing souls is not exactly up there with your greats is it."

So the teams and sponsors clearly support the regime, I know this because I have not heard one word to the contrary. I did a little 'fag packet maths' and 12 teams use say 300 staff as an average, so with a 'voice' of 3600 only Mark Webber has spoken out. So that means only 0.0003% of Formula one is against coming.

Why can't a team stand up publicly and say we don't want to go because it is wrong, rather than tip toe around it and say "oh logistics make it hard". I hear Ross Brawn bemoaning the fact that his staff won't get time with their families, that they are tired. And yet he seems quite prepared to turn a blind eye to the fact that a number of Bahraini families don't even know where their relatives are, but no let's worry about the Christmas break Ross, get the priorities right.

I don't think the FIA realize what they have triggered. The month before the Grand Prix will see the most aggressive human rights abuses you have seen in the region and the "Day of Rage" will occur.

Sponsors and teams clearly want to be involved in "The Day of Rage" and be seen supporting the motives of the elite here in Bahrain, At the Spanish Grand Prix certain sponsors were more than happy to be seen entertaining the Crown Prince and have their brand associated with him, I assume it is some gorilla marketing ploy I just haven't worked it out yet.

I noticed Lewis Hamilton joking at the Monaco Grand Prix that he had been penalized because he was black, implying that the Stewards were racist, yet he is more than prepared to come to Bahrain and ignore the violent racism that 70% of the population continues to be subjected too on a daily basis. If you happen to be in that 70% at the moment, you will have been fired from your government job, your kids won't get schooling and a visit to hospital will lead to arrested and torture.

Lewis, if racism is a real worry for you now is the time to speak out, say you won't race in a country that supports racism. I recall at a conference here in Bahrain where Ron Dennis proudly stated he shared the same morals standards as the Khalifa family. Nice call Ron.

Someone commented the other night: "Odd is it not you get $100m fine from the FIA when your chief designer is caught in possession of some Ferrari drawings but no penalty for messing up the calendar, and killing people, in fact they will bend over to legitimize your actions and give you the chance to round a few more up.

I laughed out loud when the FIA visited Bahrain and said everything was fine, I am sure they visited all the villages that have been trashed and got a nice tour of Sitra at night. I think not. Next time I will give the tour, starting 300 yards from my house.

I guess the drivers and teams will have no problem looking the medical staff at the track in the eye knowing that they and their colleagues have been tortured and detained for carrying out their jobs, while saying 'yes I am here to support the Khalifa family, but please do assist me if I am injured'.

Jackie Stewart commented "Sport is a very good equaliser in the case of unrest, because sport somehow unifies people". Sorry Jackie but if I had Saudi troops burst into my village, kick my door down, had a hood placed over my family's heads, while I was abducted, beaten and tortured until a 'confession' was given or my teenage daughter was snatched by masked men from her school and beaten and tortured, I have a feeling that it might take more than a few laps of a motor race to get me over the actions that occurred six months previous. I have never seen such a callous, twisted, disturbed view from any quarter, even from a renowned brown noser.

Bahrain will be a unique race this year, 12 teams competing hard against each other for the privilege for their drivers and team principles to climb to the podium and shake the hand of a man with blood on it. Nice, sponsors will love it, great exposure, great branding, plastered all over the world. I bet people tune in just to see if you have guts to do it.