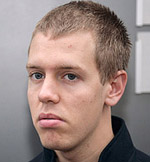 Through no fault of his own, Sebastian Vettel has received a five-place grid penalty for this weekend's Monaco GP.

Toro Rosso will be debuting its new STR3 this weekend, complete with new gearbox. However, under the new rules introduced in 2008, which mean a driver has to use the same gearbox for four consecutive races, Vettel, who used his previous gearbox for three, will receive the five-place penalty. On the other hand, teammate Sebastien Bourdais escapes similar punishment because he didn't finish the Turkish GP.

Ironically, Istanbul was the first race Vettel managed to finish this season, having failed to complete the first lap in three races. Furthermore, the grid penalty couldn't happen at a worse circuit, Monaco being one of the 2008 race tracks where overtaking is genuinely difficult.