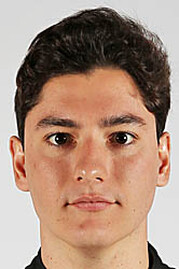 Whilst accepting the fact that he is still a teenager, one has to say that for the most part Alfonso has had a somewhat undistinguished career.

Starting off in karting in 2009, he continued for the next couple of years, concentrating on local series.

In 2011 he made his single-seater debut, contesting the LATAM Challenge Series with Megaracing. He finished sixteenth with three top ten finishes in five races. He also found time to take part in the Campeonato Turismos de Velocidad 1800cc, which he won, and the 24 Hours of Barcelona.

For 2012, he moved to Europe and the Formula BMW Talent Cup. He finished eighth in the grand finale at the Motorsport Arena Oschersleben taking a podium in the third race of the weekend.

Alfonso signed with Fortec Motorsports for the 2013 Formula Renault 2.0 NEC season, the youngster enjoying eleven point-scoring finishes, including a podium in the final race of the season at Zandvoort. He finished the season fourteenth overall in the standings.

Other than Formula Renault 2.0 NEC, 2013 saw Alfonso contest rounds of the British Formula 3 and FIA European Formula 3 championships at the Nurburgring and Zandvoort respectively.

For 2014, Alfonso moved to GP3 with Status Grand Prix, over the course of 18 races he scored 2 points, finishing the season 21st in the standings, teammates Nick Yelloly and Richie Stanaway finishing sixth and eighth.

As in 2013 he contested rounds of the FIA European Formula 3 Championship and also the Formula Renault 3.5 Series, but with little success.

He remained in GP3 for 2015, switching to ART Grand Prix. Finishing the season 12th overall, he made one visit to the podium, Spa, where he finished third in the Sprint Race. Whilst he missed the Monza round of the GP3 series, he contested the full season of Formula Renault 3.5, finishing the year 16th overall, his best result coming at the Nurburgring where he finished fourth.

In November 2015 he was named as development driver at Force India, subsequently taking part in the end of season test at Abu Dhabi.

Though Force India had revealed that Alfonso would take part in FP1 at seven races in 2016, it came as some surprise when the youngster was given two days (out of four) at the opening pre-season test in Barcelona, the 19-year-old getting his hands on the VJM09 before Sergio Perez or Nico Hulkenberg.

Along with his F1 commitments - which saw him contest the FP1 sessions in Bahrain, Russia, Austria, Italy, Austin and Abu Dhabi - the pre-season test and both days of the in-season test at Barcelona, Alfonso contested the World Series Formula V8 3.5 with AVF, finishing the season 11th overall.

In 2017, he remained in World Series but switched to Fortec, finishing the season 3rd having claimed six podiums including a win at Sap.

In terms of F1 he contested the Friday sessions in Austria, Hungary and Mexico with Force India, along with one day of pre-season testing in Barcelona and another day at the post-Bahrain GP test.