What's behind the disaster of Charles Leclerc's season? 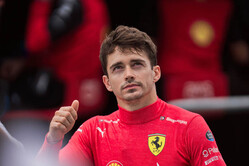 At the beginning of this Formula 1 season, there was significant hope on the part of Ferrari, Charles Leclerc, and a significant portion of the viewing public that this was a championship the Monegasque driver could win.

After three races, those hopes were bubbling away nicely. However, the longer the season has gone on, the more it has twisted and turned from "troubled" to "tortured", and with eight races to go and a 109-point gap separating him from leader Max Verstappen, things now look pretty lamentable for Leclerc.

It all started so well, so what has happened to bring about this unfortunate state of affairs? Obviously, there is no single cause that has led to Leclerc falling to a point where he is equal second with Verstappen's team-mate Sergio Perez. But to look at it in depth for a moment and understand why so many Formula 1 betting slips have been torn up in frustration, it's worth exploring some of the causes that could lie behind the disappointment that has unfolded in slow motion across most of this season.

Timo Wolff said after Lewis Hamilton's radio rant during the Dutch Grand Prix that the team are there to take the frustration of a driver in their stride. They're the ones who have to listen when a driver, often amped on adrenaline, swears down the radio link. Part of the reason for this, of course, is that sometimes they are the reason the driver is swearing. And Leclerc has had more reason than most to get irritable with his team. In Monaco, his home Grand Prix, the pit wall stalled and muddled for a long time before taking the wrong decision regarding the driver's pit stop.

Leclerc will admit to his share of mistakes across this long and stressful season, but after a power fault in Spain, this error in Monaco was a momentum-killer. And it's not exactly a new piece of information that Ferrari, as a team, are not the tacticians that Red Bull and Mercedes so clearly are. That's why Verstappen will continue to be the Formula 1 betting favourite for the foreseeable future.

Wanting it too much?

Let's be diplomatic and say that Max Verstappen is a driver who "divides opinion". He's successful, but never going to be loved in the same way that other drivers often are. One could call him the Novak Djokovic of motorsport. Not only do other drivers want to win, they also want to beat Verstappen. And there is some sense that this may cloud decision-making when it comes to racing against Verstappen and Red Bull.

Popular, charismatic and young, Charles Leclerc fits the model for a driver that teammates, and fans of the sport in general, want to see atop the podium. But Verstappen has already won one driver's championship and will probably win more because he's got the team, the experience and the temperament to do it. Until Leclerc can eliminate errors, and Ferrari can do likewise, there are going to be more races where they lose from winning positions because they make poor decisions out of desperation. 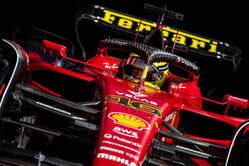 Charles Leclerc will admit to mistakes when he makes them, but does seem to have something of a mental block where learning from mistakes is concerned. Witness his drive at Imola this year, when he pushed hard to try and catch Perez; in so doing he drove over kerbs, lost the handling of his car, and ended up finishing sixth after an accident led to him needing a front wing replacement. He then followed that up with a completely unforced crash in the French GP from pole position, which handed Verstappen a huge advantage in the overall classification.

At 24, Leclerc has a long career ahead of him, but he'll need to become less impulsive and learn to press at the right time. If he can do that, he'll deserve to be top of the Formula 1 betting lists, but until then, he carries some culpability for the way things go wrong around him.