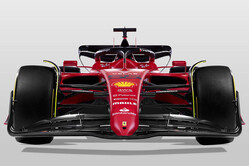 Back in the childhood days when screaming V10s filled the lounge on Sunday afternoons, Formula 1 speedsters looked a lot different - go a little further back, and the F1 cars of the early 60s and 70s are barely recognizable in comparison to what goes flying around the track these days. And changes aren't just skin deep. What makes an F1 car special today has been finely tuned over the years to present the fastest racers ever, and it's not just limited to their insane proportions, high-output powertrains, and modern looks.

Governed by strict rules and regulations, there are some vital elements that manufacturers and race teams need to ascribe to.

So what is it about Formula 1 cars that enable them to reach terrifying speeds, and what has changed for the 2022 season? Here are five features that you need to know about:

Powertrains are where the fight starts, and while the late 90s and early 2000s still have enthusiasts up in arms about the magical howl of the V10 engine, the modern power plant isn't any less impressive - sans the distinct sound. Current rules dictate that Formula 1 cars have a 1.6-liter V6 under the hood with turbocharged hybrid-electric assistance that is capable of producing up to 1,000 horsepower. These rules are set until the end of the 2025 season. There are four manufacturers of these engines currently, including Ferrari, Mercedes, Renault, and Honda.

But why the focus on hybrid assistance? In this application, it's not about fuel economy or gas mileage - and while sustainable fuels are now being used as a rule in F1, the point of hybrid assistance here is performance gains. The Energy Recovery System in the setup saves up energy produced as the powertrain works, and can reuse it when a boost is needed - up to 160 hp for 33 seconds is available in this way. We're seeing the move to EV sports cars in the mainstream market, too, for more reasons than just wanting the best for the environment. 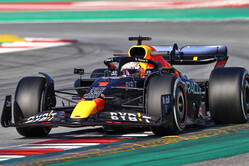 Harking back to circa 2009, the F1 cars of the current season have over-wheel winglets and wheel covers to send airflow the correct way instead of allowing it to flow through the wheels - while airflow through the wheels may be good for downforce, it leaves a messy wake for cars bringing up the rear. Safety, closer driving, and overall more engaging racing is one of the aims of the sport, and this kind of design aids that. Wheel covers are required, as per the rules, to prevent the potentially disruptive airflow for those behind the car. The winglets have a similar purpose, controlling airflow that skims off the front wheels. Allowing F1 cars to get up close and personal makes for better racing - and safer maneuvers, too.

For the last two seasons, F1 cars have been shod in 18-inch tires. The Pirelli wheels have been developed in such a way that overheating is minimized as far as possible. And since they are low profile, there is less flex and movement in the sidewall of the tires, which also aids aerodynamics. While we've seen growth in how many regular sports cars with AWD there are in the USA for the benefits of grip and traction, F1 cars are rear-wheel drive for the weight savings in comparison to AWD setups, as well as this being the most effective transfer of power in this application. 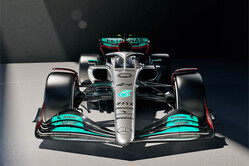 For the latest season, F1 cars boasted a brand-new front wing shape that generates correct downforce and channels the airflow appropriately so as to not negatively impact cars bringing up the rear. The idea is to take the wake - the air that flows over the front end and trails out behind - and distribute it properly so it doesn't disrupt vehicles behind it. It's been called an "anti-outwash" front wing for a reason, as it directs the airflow safely along the side of the car, resulting in as little disruption as possible directly behind. We much prefer to see closer driving and this makes it possible.

Keeping these rockets glued to the road surface is vital for speed and control, and in designing these cars, special attention is given to the ground effect - which promotes downforce. The concept of ground effect rose to the fore in the late 70s and ended in the 80s when cars took on the shape of inverted airplane wings to help push them down. At the time, the FIA felt that cornering abilities promoted by full ground effect were too dangerous for how much speed the car was producing.

2022 cars don't have the side skirts to enforce this kind of aerodynamics to the nth degree, but in their latest configurations and in adherence to the rules, underfloor tunnels allow the creation of sufficient downforce. This promotes closer racing and allows the car to still utilize downforce without the risk of hazardous air trailing out behind.