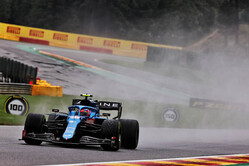 The debate on which the top Formula 1 tracks in the world are has raged for decades. We give our subjective opinion on which tracks make the top 5.

The Top Formula 1 Tracks In The World Rated

Yes, it's a debate that will probably never reach a conclusion, but it is still fun to discuss which Formula 1 tracks are the best in the world. We certainly don't claim to be the final authorities, but have narrowed it down to a handful. There are, of course, many factors to take into account, but we focused mainly on popularity.

Here are our picks for the best Formula 1 tracks in the world.

There is no question that Spa Francorchamps is a track that all but drips with history. It has hosted the Belgian Grand Prix since it was established in 1950, which really does put into perspective just how respected the 4.3-mile track is. Though, it isn't just the history that makes this such an exciting raceway.

Spa Francorchamps is home to some of the most notorious stretches in the sport. Yes, we're talking about Eau Rouge and Radillon. In dry conditions cars go flying through with barely a touch of the brakes, turning the road into a veritable roller-coaster. To look at it another way, a vehicle traveling at 180 miles per hour is gaining 114 feet of elevation in under a second. We don't know what that feels like for the pro drivers, but we're not sure we'd stay conscious.

What can be said about Monaco that hasn't already? It is both the supposed crown jewel of F1, and a track that many fans groan at. Why? Because the track is so tight that there is little to no opportunity to pass other cars. On the other hand, that is exactly what makes this such an interesting raceway. Drivers put enormous emphasis on qualifying, knowing that the starting line-up counts for everything.

When passing does occur it is enough to get every spectator on their feet and cheering. We like to think that only the most skilled drivers can make the most of Monaco, and that alone is enough to put the track on this list.

A fun way to look at Monaco is that this is the sort of track where spectators could be playing on mobile pokies apps as they watch. The app is paused during a pass, only to be un-paused after the hottest excitement concludes.

Is any list of F1 tracks complete without Monza? If we're talking about racing legacy, it doesn't get much more historic than this. Most aren't aware that the track actually predates F1 itself by over 20 years, having been established in 1922. In its time it has been host to 63 races, managing to get itself the affectionate nickname The Temple of Speed.

Last on our list is Nurburgring. Those familiar with track history will know that there are 2 versions of this track, with the previous having been shortened to the 3.2 mile we know today. The statistics pretty much say it all. Other tracks at the time had just 10 or 15 corners, while the old version, Nordschleife, had an absurd 170. It isn't surprising that the track was commonly referred to as the Green Hell.

With that being said, Nordschleife makes our list due simply to being something that drivers themselves feared. We are glad safety standards were improved, of course.