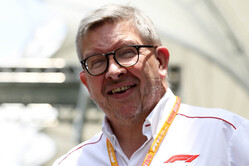 The beauty of politics is that it requires a zero budget to run. A pulse, oxygen, and a functional jaw are the 'budget cap' requirements to play in the political arena. Morals, intellect, emotional, or plain old number-crunching, and anything approaching ethics is, at best, a 'nice to have'.

So, isolated reader, the intellects, and otherwise, of F1 have provided some left of arc and right of arc amusements while the racing has been paused. What a delight to see what these titans of the sport have on their minds when time is abundant.

Max V. Goes to an alternate eSport series, promptly monsters it, by finding a delightful loophole, which in 'games imitating life', was promptly banned by the eSport organiser. Did they intend to actively mimic the FIA, or was that just good fortune?

A number of the drivers have driven F1 eSports, and, probably to the relief of all, they soundly beat the non-professional drivers. Any other outcome would have left the organisers terribly short of the required amount of egg in need of being liberally smeared across suitably red faces.

Have we learnt anything from this? Well Seb does not enjoy simulator time where it is no expense spared, and has no intention of joining the great unwashed on cheap-arse PC-based mimics.

Thankfully, away from eSports, Christian, Toto, Jean, and the gang have put their backs into endless podcast born sound-bites. Lucky us...

Lewis may or may not stay, go, retire, or continue on for one hundred more years. Mercedes may continue, stop, change name, or change ownership, or a combination of all those things... or not.

Toto admits he knows how to disagree with Lewis and remain professional, handy, but this is also the technique he uses with his good lady wife. Disagree, reflect, stay civil, repeat.

Good on you all Toto. I look forward to your soon to be released Mindfulness and Yoga videos, hopefully with suitably branded yoga mats, water bottles, and lulu lemon Lycra.

Helmut walked back his "let them all catch it now!" remarks faster than Donald Trump at a Medical Convention media break. So cool to see him shooting from the hip on fully automatic at a time when a more measured approach might be advised. "Publish and be damned" has never been so joyfully enacted within F1.

James Allison made some highly personal and complimentary remarks about Mercedes that nearly made me rush off and slap down a deposit on an AMG out of delight. Sincere words that should be measured with particular esteem due to their personal nature, and the fact that massive multi-nationals are not known for being awash in humanity.

For those of you that missed it, I commend finding the article that reported them. Honour and respect all around for those involved when James was in dark days with no clear path back to the light.

Jean and the FIA. Ah! The gift that really does keep on giving! Throw in a double measure of Chase, and contradicting information from circuit owners and we have a perfect storm of delightful mis-information flowing joyfully around the world.

As the astute reader knows, anything is possible with the liberal application of the right amount of cash. Brawn and Chase (sounds rather like a bank that should implode in a stock market meltdown doesn't it...?) are keen to talk-up 18 races, and no problem that cannot be solved.

That's lovely when the bounds of the problem are all within one's own control. Even the proposed season opener at the Red Bull Ring is going to require folk to travel from all over the planet, from countries with wildly differing lockdown protocols in place.

At a time national governments based within robust geographic boarders have rediscovered their mojo, it is no time for a global organisation to try and strong arm them into risky travel exemptions for the rich and famous.

Quite simply the virus does not care about your American Express Platinum or Black card, your private jet, or your private island. Inhale at the wrong place at the wrong time, and the sweet moist lining of your lungs will welcome the enemy with open arms, just as fatally as those of the poor folk. This coronavirus does not differentiate on wealth, colour, creed or intellect.

Just as Dear Donald is finding a microscopic virus a tougher challenge than selling huge chunks of New York real estate to the easily impressed, so Brawn and Chase are going to find the Austrian government the easiest challenge on their global 'to do' list. However, Italy and the UK have been particularly hammered by the virus and as a result are likely to take a dim view of hundreds of folk simply jogging in and out of an Austrian Eco-dome, biosphere or whatever you wish to call it.

Similarly the drivers are currently scattered across the globe. Australia's own Danny Ric is enjoying a family farm hoe-down in the bush of Western Australia. A state that is not just within the Australian "hard" national boarder closure, but is also subject to a state level hard boarder closure locking out other Australian States and Territories, and further divided into nine regions within the state, with travel being banned between them!

As an added delight, Virgin Australia is within voluntary administration, and Qantas has stood-down 20,000 staff.

This is just one driver! Brawn and Chase propose to send the orders and cheques flying to try and release hundreds of similar folk from at least a dozen countries.

Health checks and quarantine periods on the way out, on the way in to other countries, on the way back. If someone gets sick in-flight, does the flight return home, or continue on? Who then meets the repatriation costs or medical bills?

Say the Grand Prix goes ahead at the Red Bull ring, and it is later proven it was the start of a second wave of outbreaks in Italy, the UK, and Australia, do those countries pursue Austria, Red Bull, Brawn and Chase or the FIA for the ensuing costs, and tragic renewed loss of life?

We've not even started to chase our tails on the need for circuit owners to be paid for a race. To be paid! Lord that was never part of the business model when Liberty purchased F1. Liberty paying people to let them run a race! Now there is a complete reversal in the flow of cheques that is not going to aid a healthy bottom line moving forward.

Brawn and Chase, I've no doubt, have a raft of slick PowerPoint presentations, and sweetly formatted graphs churned out of endless 'What If' scenarios in Excel. Then they wrap it in a bow from the lawyers that says it all looks legal from a certain point of view... The problem being that if the presentations are slick enough, and the legalese smooth and confusing enough, one starts to believe one's own myths.

At which point the beauty of the new myth overwhelms the truth, and all parties commence believing that most classic of business myths, being that brutal misdirection… "The cheque's in the post".

This is such a simple and easy final step to make, propelled forward by their own hubris, that no one in the room will utter a single word of dissent. Which would be fine back in the old world order, or the universe of New York real estate. So it is a remarkable shame the coronavirus is not listening to a word they say, and has never been swayed by cash or credit.