After a great deal of hype in the build-up, this season has been like sitting through a horribly long film where you've already got a very good idea of how it ends, less than half way in. So, it probably won't be remembered as a vintage year. In Hollywood terms, this was the big budget production with plenty of star names, which became a box-office flop due a rubbish plot and an anti-climactic ending.

But, whilst we lament the fact that any semblance of a championship battle was as fleeting as a gnat's lifespan, this season was partially saved by some individually exciting races and interesting stories further down the grid. Now that the dust has settled, and attention has already turned to 2020 (and 2021), it seems as good a time as any to reflect on another season of epic underachievement and failure. 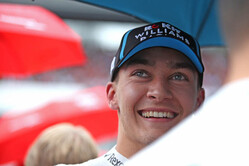 After the disaster of 2018, you'd have struggled to imagine that things could get much worse for Williams. That is, until winter testing for 2019 began. Or, rather, didn't begin... when it did for everyone else.

In many ways, it is miraculous that they even managed to score a single point this year, and even that came about as a result of some post-race penalties in Germany. But at least it's something to show for what has been another truly woeful season.

Williams has been running up a sheer incline without any shoes ever since its delayed start to testing. But that was just the start of the many and various travails the team would encounter, which included having a car that was somehow even more off the pace than the dreadful '18 machine, key personnel departures just before the first race, and a lack of spare parts.

Thrown head first into this recipe for disaster, George Russell has coped admirably. Yes, it has been tricky to get a read on his full potential when, for the vast majority of the season, he's only been racing one other driver for the honour of not finishing last. But a 21-0 trouncing of his considerably more experienced team mate in qualifying shouldn't be dismissed, and that record only enhanced his reputation as being one to keep an eye on for the future. Confirmed for next season and likely having to suffer another year of being a backmarker, Russell will just have to take comfort from the thought of promotion further up the grid before too much longer.

As for Robert Kubica. What began as a fairy-tale comeback to the sport has been more like a nightmare, aside from that point back at Hockenheim. Of course, it has been disappointing that what should have been the story of an amazing sporting comeback against all odds was rather lost due to the car he was forced to drive, but there were signs that this wasn't the same Kubica as before either. Considerably outpaced by Russell at the majority of races, the relationship between Kubica and the team started to break down towards the end of the season.

The most notable example was Japan, with Kubica publicly criticising the team for taking an updated front wing off his car in shades of Red Bull's famous wing switch at Silverstone all those years ago.

In any case, Williams could feel vindicated in that instance, given that if Kubica had been fitted with the front wing, it would likely have ended up in a skip along with a lot of the rest of the car following his heavy crash in qualifying later that same day.

Kubica leaves the team after just one season, in what looks to be the death knell to his hopes of a longer stay in the sport as a driver. He moves to DTM to re-unite with the manufacturer he won his only Grand Prix with, all those years ago. It beats getting cold and muddy on the World Rally Championship stage, I guess. 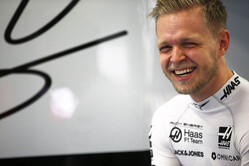 Insanity, it is often claimed, is doing the same thing over and over again but expecting a different outcome.

It would perhaps be appropriate to describe it as "insanity" that Haas' driver line-up of Grosjean and Magnussen will remain unchanged next year, despite a season where they've seemed incapable of not crashing into each other for more than a couple of races at a time.

But, as others have theorized, at least it will mean that future series of Netflix's Drive to Survive will be entertaining.

After the firestorm of the first half of the season, the second half has been disappointingly quiet, if you're a fan of juicy scandals and gossip. But even the best sit-coms have had their day, and the departure of Rich Energy has allowed Haas to focus on more pressing issues - namely, trying to improve the performance of their car, rather than worrying what highly embarrassing thing William Storey had just tweeted.

Any improvement from the first half of the season has been difficult to spot though, and the result is a lowly ninth in the championship. For a team that had aspirations of competing for best of the rest, this year has been nothing short of a huge disappointment.

The most curious talking point remains the decision to keep both Magnussen and Grosjean for another season. Out of the pair, the former is perhaps the better prospect at this point, despite his remarkable ability to annoy every other single driver on the grid, often in the same weekend. For Grosjean it's not as clear - the highs of his 2013 campaign feel a very long time ago. With Nico Hulkenberg available as a free agent, the consensus was that it was only a matter of time before he was confirmed as Grosjean's replacement for next season - only for Haas to surprise everyone by announcing the opposite.

Even with a hopefully more competitive car for next season, it's hard to see Haas making much of a leap up the championship order with this driver pairing. But perhaps the real reason behind the move is an as yet unannounced lucrative sponsorship deal with Netflix? Nothing would surprise me at this point. 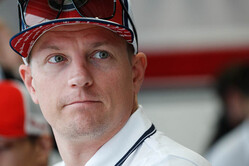 At the risk of sounding like a stuck record, I'll say it again: I'm confused.

After the career that Kimi Raikkonen has had, it's still hard to understand why he's content to be flogging around for minor points at a team that is towards the back of the grid. For a driver who has so often had his motivation questioned in the past, it just doesn't seem to make a whole lot of sense.

Sure, he's had a decent year - scoring the bulk of the team's points, but he was always expected to. The truth is that Alfa Romeo's formed dipped in the second half of the year - aside from that one race in Brazil when pretty much every single leading contender suddenly decided they were bored with the prospect of finishing on the podium. Kimi came within touching distance of a podium finish that day with a fine fourth - but, barring a miracle, it's doubtful that he'll get that close again for a while - if at all.

2020 could prove to be Kimi's farewell year, but on Alfa's current form you're unlikely to notice. It's always a pity to see a former champion ending their career in an uncompetitive team, but to avoid feeling too sorry for the Iceman, just remember that he'd be the first to say he didn't want a grand send-off. Disappearing from the grid in the anonymous fashion Alfa will grant is definitely far more his style.

On the other side of the garage, Antonio Giovinazzi steadily improved as the year went on - and ably backed up Raikkonen in Brazil to claim fifth, his best result in the sport to date. With Mick Schumacher still being some way off being ready for F1 just yet, Antonio has earned himself a second year at Alfa.

What is true for Haas is also true of this team - it's rather surprising that they didn't elect to go with Hulkenberg - particularly when this is still the team he drove for as recently as 2013. Personally, I still think they should have brought back old Alfa folk hero Gabriele Tarquini, but that's probably just me.