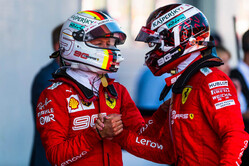 The wonderful thing about opinions, dear reader, is we can all hold them safe in the knowledge that an opinion can never be wrong! Such a pure gift of total self-confirmation.

The internet is brimming with opinion, and one can leap fear-free into great lakes of self-confirming, uplifting, 100% bereft of any alarming facts, to be caressed by wave after wave of affirmation and release.

Miss Physics welcomes opinion, and then dismisses those that ignore the facts with an abrupt life lesson, should someone be of an opinion that does not align, 100% (99.99% will not cut it...) with the actual facts.

So we can all have opinions on the current strength of the Mercedes team, Lewis' driving ability, and the insanity (...or not...) of the current FIA rules, and their application.

Toto: "It's been a real tough year, this is not easy."

Haas: "Worst year ever, and Mercedes are walking it."

Lewis: "These cars are easy to drive, I could do race after race, back to back."

Max: "Lewis is off the mark, it is only easy because he has that car."

Chase: "Everything is Awesome!" (While doing the Lego dance, and singing the Lego song...)

Circuit Owners: "You're killing us! Worst deal ever!"

Fans: "How did it ever come to this...?" (Slump collectively into Marvin the Paranoid Android silence...)

Same sport, same planet (well, for most of us...), and same set of actual facts (Mercedes is killing it, Lewis is good, Chase sings the Lego song) and yet not one opinion in agreement!

No wonder the FIA is delaying the rules set for 2021. They are fortunate the teams and circuit owners actually agree with them that this is 2019, nearing mid-season, on planet Earth. Beyond that there is no peace in opinion land.

Emboldened by the populists where 'facts' are whatever best suits your current mood and needs, the world is accelerating away from the Scientific Method that we have spent thousands of years perfecting, into the twilight zone of likes, influencers, and overvaluing the opinions of shouty persons of questionable education.

Miss Physics smiles, she is old enough and assured enough with how her universe works, that no opinion is ever going to alter the speed of light or drop gravity 50% because it is annoying for the fat and the feeble. She knows exactly why the Mercedes is so dominant. She knows precisely how close to perfection Lewis' pole laps can be. She knows every reason Haas has dropped off the pace.

She would probably recommend Boeing turn the 737 MAX fleet into razor blades and start again with a blank Autocad screen... but that's just my opinion of what Miss Physics might say.

So with all these opinions battling for air time, and fevered believers, how is the poor fan to work out what is going on, and who is actually pedalling facts, rather than self-serving half-truths or straight-out lies?

In "The Tower of Fable - Part II", I did a back of the envelope estimate of what a good pay-per-view revenue flow might look like. It crested $10 bn, meaning a five-fold increase in revenue if Chase can get close to the viewing figures long promised. As this is my opinion, based on Chase's opinion, based on "research" paid for by Chase, I'd not place too much store in these figures, but achieving anything even close to this number would enable Chase to pay the teams $400 million each, drop hosting fees to, say, $5 million a year, fixed for five years (and then share revenue income with circuit owners), and still have triple the profit he does right now!

Wow! What a shame it is all based on opinions within Liberty Media, and not the universal immutable laws of Miss Physics! The entire sport would fly directly to paradise. So many issues solved if only some key opinions were fact, and not the wilds hopes of increasingly desperate Liberty folk.

The FIA? Oh, they have world class opinions too! Just look at their opinion of how Vettel should have used the laws of Physics when re-entering the track in Canada, or how Daniel should have followed his own advice from a previous season and stuck a stamp on it and posted it... literally. He should have written a polite "Would you care to move to the left or right, so I can pass now please?" letter to both the other drivers, posted it to their team managers sitting on the pit wall, awaited a polite response, and then, in full agreement with the other drivers, attempted to ease past on the agreed side within the track limits. How difficult is that!? I mean the FIA are only of the opinion that Daniel, and Seb, should be polite and careful at all times, and where necessary bend the laws of Physics to conform to FIA rules and regulations.

Lewis is of the opinion the cars are too easy to drive. I remember when David Coulthard had the joy of driving an old Mercedes racing car and was simply terrified. Drum brakes, top speed in excess of 400kph, open cockpit, no power steering... Well I'm sure Toto could get Mercedes to knock out 20 replicas and let's have the boys run around Silverstone in those for a couple of hours and see how they all feel.

Or even getting Lewis into the Ferrari that Niki used in 1976, I'm sure that would wake him up.

So please dear reader, continue to have opinions on end plates, hybrid relevance, engine limits per season, and if Lewis is more than the car, sorry package, or the car more than Lewis.

And allow the FIA the good grace to have opinions on where and how the laws of Miss Physics apply and what it really means to have track limits with kilometres of run off beyond.

Pursue each of your cherished opinions with passion, share that passion, delight in it! And then with good grace respect the opinions of others. This can then inject passion, delight, and energy back into a sport where right now holding an opinion all too often goes hand in hand with being a grumpy ratbag shouting about how "they was robbed!!!".

I've noted before that sport is warfare refined and bound in rules to avoid death while providing thrills, so we do not want Opinion Peace in our time, but a little respect, good grace, and an understanding of both Miss Physics and life on earth would be welcome to avoid embittered trench warfare.