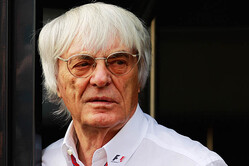 The bribery case against Bernie Ecclestone is still motoring on in Germany not that the wider world would know about it. The media appears to have gradually become tried of the seemingly endless stream of bankers and bureaucrats who are giving evidence. As is often the case in these kind of trials, the big news recently broke away from the court room and it comes from the indictment against Ecclestone according to an article in American business magazine Forbes by Christian Sylt.

Surprisingly the indictment seems to call into question whether Ecclestone really did pay a bribe as he has been charged with doing. Prosecutors have accused Ecclestone and his Bambino family trust of paying a £26m ($44m) bribe to steer the sale of F1 in 2006 to the private equity firm CVC but close inspection of the 256-page indictment reveals what appears to be a key hurdle to their case.

Ecclestone admits paying Gerhard Gribkowsky, the former chief risk officer of German bank BayernLB which owned a 47.2% stake in F1's parent company SLEC. However, he denies that it was a bribe and says he paid Gribkowsky to stop him making unfounded allegations about his tax affairs.

The show-stopping revelation in the indictment is that Gribkowsky did not actually have the power to steer the sale of F1 to CVC which raises the question of what would have been the point in Ecclestone bribing him. The decision to sell was made by a majority of BayernLB board members and Ecclestone has not been charged with bribing them.

BayernLB was paid £478m ($814m) for its stake which valued F1 at £1.2bn ($2bn) and was double CVC's initial offer. The indictment reveals that Ecclestone knew Gribkowsky could not get the BayernLB board to accept the initial lower offer. "The Accused knew that BayernLB was not ready to sell its shares for offers of between £235m ($400m) and £294m ($500m), so the resulting sale price from an enterprise value of £600m ($1bn) ,as CVC brought into play, would not meet the expectations of the bank. The Accused knew that a sale at this price would fall through since he reckoned that even Dr Gribkowsky could not negotiate this price with BayernLB."

According to the indictment, Ecclestone encouraged CVC to pay more as he "reckoned from the start that BayernLB would not turn down an offer based on an enterprise value of £1.2bn ($2bn) for 100% of SLEC." This is exactly what happened as BayernLB snapped up the £478m offer for its stake and numerous executives from the bank have testified that they did not believe it was undervalued.

Given that the most Gribkowsky could do is try to convince the BayernLB board to agree to sell it seems that a charge of attempted bribery would better suit the prosecutors' evidence against Ecclestone. Of course he has not been charged with attempted bribery but with bribery itself though time will tell whether this sticks.